I've seen this term come up as "Legal Deposits" and "Escrow Deposits".

I think "Escrow Deposits" is probably more exact considering the financial/legal tone of the emails we're working on.

Hi guys, I'd prefer "legal deposits" in order to stay more general. from what I can tell, escrow has a very specific translation of "contrato de depósito". 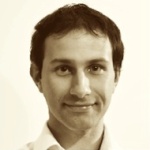 Jeff - although we've been using "Legal Deposits" frequently in this project, I think we should be using "judicial deposits". Over the last couple batches of emails, the context became a lot clearer, and in fact there was a reference in English, in one of the files to "judicial deposits". Also, it's worth mentioning that it's one of the most-used terms in the project.

If we change it, the new translations will be a lot clearer, but it will also point out - to anyone following our work, that the earlier term (legal deposits) wasn't the best one, and there would also be a break in terms of consistency...

Your thoughts on this one?

Gabi via Skype wrote:I’m sure its closer to judicial deposits but is that confusing considering our prior work - as you pointed out, it might make reader think its a different concept and be more confusing.

Scott via Skype wrote:I just finally figured out yesterday what's going on in all this...
as far as I understand the "judicial deposits" are financial accounts that are overseen by a judge and require an authorized permit to withdrawal or "recover" from the accounts. Hence, Judicial Deposits is a lot more precise.

Gabi via Skype wrote:
yeah, like the escrow we were talking about

Scott via Skype wrote:right. though - and I'm not at all an expert - I thought that escrow accounts were used as a kind of middle ground for the execution of a large sale or property. whereas in this case, I don't think that the accounts are for "purchases", but rather for various kinds of "monies owed". For example "deposits judicious trabalhistas"

Gabi via skype wrote:yes, and I think that they are accounts that are created by the court as a result of a finding
so Judicial works fine